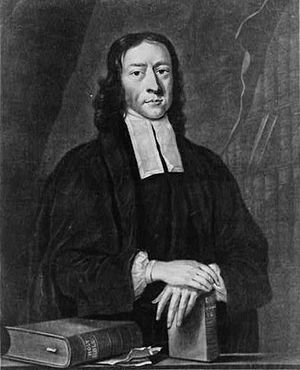 As a part of the assignment this week, we were asked to analyze briefly the similarities between John Wesley, his theology, and that of the East. In researching that, I found this article which may interest some of you –

It is generally recognized that the first four centuries of Christian tradition played a significant role in Wesley’s theology. What is not as often noted is that he tended to value the Greek representatives over the Latin. It was a preference he inherited from his father. It deepened during his Oxford years as he studied newly available editions of patristic writings with his fellow “Methodist” John Clayton.

As such, it is not surprising that Greek theologians predominate when Wesley gives lists of those he admires or recommends for study. Frequently cited were Basil, Chrysostom, Clement of Alexandria, Clement of Rome, Ephraem Syrus, Ignatius, Irenaeus, Justin Martyr, Origen, Polycarp and (Pseudo-)Macarius. By contrast, references to Augustine, Cyprian and Tertullian were relatively rare. Obviously, one important means for assessing Wesley’s indebtedness to and/or congeniality with the Eastern Orthodox tradition would be detailed studies of his use of and agreement with these early Greek fathers. A few such studies have appeared.

For example, K. Steve McCormick has studied Wesley’s use of John Chrysostom and argued that it was primarily through Chrysostom that Wesley came to his distinctive assessment of the Christian life as “faith filled with the energy of love.” Likewise, Francis Young has drawn attention to the way Chrysostom’s and Wesley’s preaching both balance grace and demand; thereby, suggesting parallels in their soteriology. Again, several scholars have suggested that Wesley modeled his tract The Character of a Methodist on Clement of Alexandria’s description of the perfect Christian in the seventh book of his Stromteis, though a detailed comparison has not yet been made….

You can find the rest of the article here.

Yup… Wesleyans cannot and should not and must not be Fundamentalists

3 Replies to “The Eastern Orthodox Influence on Wesleyan Theology”