Observations on the UMC Social Principles 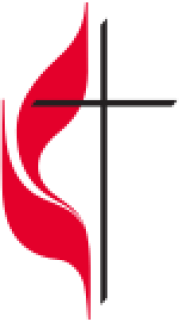 ered church law, are a prayerful and thoughtful effort on the part of the General Conference to speak to the human issues in the contemporary world from a sound biblical and theological foundation as historically demonstrated in United Methodist traditions.”  Interestingly enough, this whole statement is somewhat of a misnomer, as we shall see.

This section of the Discipline serves as the United Methodist Church’s official teachings on ethics. Ethics is the philosophical study and quest for “the good.” In my experience in practice, however, the Social Principles are rarely understood as an ethical document. Perhaps this is because ethics is no longer emphasized as a discipline in general for people to study. In addition, I find it extremely curious that this section rarely, if ever, cites or grounds itself with Scripture. Ethics are always grounded in something. Paragraph 105, “Our Theological Task,” emphasizes Scripture as “the primary source and criterion for Christian doctrine.” It reminds the church that proper theological reflection begins with Scripture. Yet when the United Methodist Church attempts official theological reflection in applied ethics, no Scripture appears. I believe the church should find this extremely troubling, and to this I will return.

Kingdom themes tie this all to eschatology. Wesley understood the ultimate telos to be God all in all (I Cor. 15:28). In his sermons on eschatology, Wesley painted pictures of the Kingdom of God being a place where every aspect of creation would be redeemed. Sin is the current impediment to that redemption. Sin is actually broken or wrong relationship. These Social Principles attempt to paint a picture for the church of what right relationship would look like. They help the church see the goal for the Kingdom it intends to model in the midst of a sinful world, a perfect Kingdom.

Redemption and working toward perfection bring us to soteriology. Wesley believed that God would redeem all things and could do so in this life. This is his teaching on entire sanctification. While we tend to view soteriology through the lens of individual lives, Wesley’s broader brush would expand that to all aspects of creation. When people love God and their neighbor, relationships move toward sanctification. If, as I have posited, the Social Principles deal with redemption of relationships, and their movement toward the “good” as in ethos, then the Social Principles show us how to bring Christian perfection to all relationships.

Relationships imply social situations. Wesley understood all holiness as dependent on social holiness. Wesley saw that as growth in grace in community. Wesley’s class meeting structure attempted to bring redemption to relationship by encouraging authentic and dedicated communities focused on the will and work of God. Through mutual accountability, individuals would spur each other on to fuller and deeper relationships with God. This was the heart of the class meeting and Wesley’s social theology, and over this stood the General Rules, meant to aid in that work.

That leaves us with an interesting question with regard to the current troubles in the United Methodist Church. Christians bristle at attempts to quote Leviticus in the debates on human sexuality. They complain that the Torah either is not binding on Christians, or is not appropriate for the current context. If that were the case, then what of the General Rules? The text of our General Rules is substantially the same as those printed in 1808, almost two hundred years ago. Should we decide they are no longer binding on us now? Do our Social Principles attempt to interpret those “out of date” rules for a new context? In what are they grounded? I began by pointing out the irony that our Social Principles do not quote Scripture. In United Methodism’s current drive to determine its identity, and with some arguing that should be grounded in Scripture, perhaps we should begin by grounding our ethics in Scripture. That might be a start.

Poor Peter! Always getting ahead of himself!

My #DoctorWho St. Valentine’s Day Card to you all