Is Arminianism a God-centered theology? 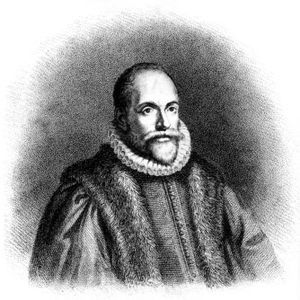 One of the most common criticisms aimed at Arminianism by its opponents is that it is “man-centered theology.”  (I will occasionally use the gender-exclusive phrase because it is used so often by Arminianism’s critics.  It means, of course, “humanity-centered.”)  One Reformed critic of Arminianism who frequently levels this charge is ]], professor of theology at Westminster Theological Seminary (Escondido campus) and editor of Modern Reformation magazine.  I have engaged Horton in protracted conversations about classical Arminianism and his and other Reformed critics’ stereotypes of it, but to date he still says it is “man-centered.”  Almost every article in the infamous May/June, 1992 special issue of Modern Reformation on Arminianism repeats this caricature of it.  Horton’s is no exception.  In his article “Evangelical Arminians,” where he says “an evangelical cannot be an Arminian any more than an evangelical can be a Roman Catholic” (p. 18) the Westminster theologian and magazine editor also calls Arminianism “a human-centered message of human potential and relative divine impotence.” (p. 16)

It is a powerfully rich essay which I believe focuses on real Arminianism rather than what many, like they do with Calvinism, assume it is.

I am torn betwixt the two, but it may be that what I am torn really with is the knowledge of them both. I for one see corporate election and individual free will. Further, I believe that it is not by our own actions, or anything that we could have done which earned us Grace, but we must respond to the call. This call from God is not irresistible, but it is the only way in which we can come to know God.

Recently, someone said to me that they opened their heart to the Spirit and made a choice to be a Christian. That’s fine, but I don’t believe that, and beyond that, I can see the real merit of Pelagianism in that. I believe that God calls, we respond, and how we respond determines our Christian journey. I don’t think that I really believe that ‘becoming’ a Christian is a choice, but more of a journey or life led in progress towards the ultimate Goal.

But, then again, this might all change (although admittedly, these beliefs have gotten stronger recently). This is the nature of life led on a blog – you get to see my changes.

Anyway, for a better understanding of Classical Arminianism, I would encourage you to read Olsen’s blog.

What Is the Least You Can Believe?

4 Replies to “Is Arminianism a God-centered theology?”