In light of our recent discussions, I thought that this might be interesting: 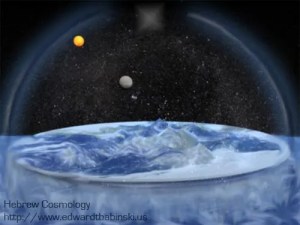 The Bible does not list the number of planets in our solar system. Back then, planets were called “wandering stars” because they appeared to be tiny lights in the sky like all other “stars,” but the ancients noted that some “stars” did not rotate in the same enormous circle each night round the pole star as did all the rest. In fact, the word “planet” is derived from the Greek word for “wanderer.” The “wandering stars” known by the ancients included Mercury, Venus, Mars, Jupiter and Saturn. Add the above five “wanderers” to the sun and moon which also traced their own unique paths across the sky, and you get a total of seven major heavenly objects that stood out from the stars. The ancients imagined that these seven were special gods overseeing the earth below. For instance, the Babylonians referred to the “watchful eye” of Shamash, the sun, who notes all things; and a prayer to Nergal (Mars) states, “With Sin (the Moon) in Heaven thou perceivest all things.” Compare the Hebrew notion that “these seven are the eyes of the Lord which range to and fro throughout the earth” (Zechariah 4:10). Nor does the Bible reveal that its authors were aware of the earth being one more “wandering star” like the rest. Instead, “the heavens and the earth” are spoken of as the two halves of creation with the earth forming a firm foundation and the heavens “spread out” above it in an equally “firm” fashion….

Even the Bible doesn’t talk about Adam