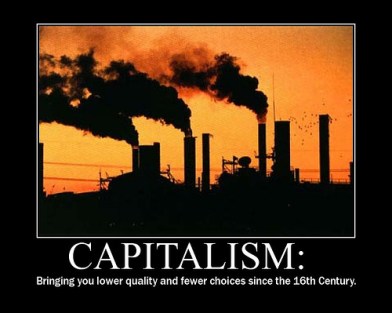 White evangelicals are more likely than the general population to believe unregulated businesses would behave ethically. Meanwhile, Christians of color overwhelmingly (76 percent) want the church to speak out on social justice matters, and economic issues such as foreclosures devastating the community.

So what should we make of this? At first glance, it tells me that there is hope. Today’s economic troubles are opening the eyes of Americans, perhaps. The inequality in this nation — and the flagrant manner in which concentrated power flaunts its excesses — is so perverse that it offends the moral sensibilities and belief systems of everyday folks. If there is any chance of reforming or changing our institutions, it all begins with asking if we expect — or demand — moral and ethical institutions that bend towards justice. Like the flailing, bankrupt Communist system in the final days of the USSR, American capitalism has revealed itself as a sham religion that promises much and operates under deceptive rhetoric, yet ultimately benefits a scant few. Right now, the system seems to be thriving perversely on the economic inequality that is eating society alive. Wall Street profits and executive bonuses are up, rewards for their plunder of the rest of us. (here)

Richard T. Hughes takes on The Christian Right in Context

4 Replies to “Capitalism and Christianity”